This blog is authored by Study Abroad India student Lilai Teckie who is a graduate student at Lehman College in the Bronx. She is receiving a master’s in Liberal Studies in international development. She received a BA in political science from Emory University in Atlanta, Georgia.

The second day of our Winter Study Abroad course in New Delhi, India was spent exploring historical monuments. After a tasty breakfast and a quick briefing by Professor Gupta about the day’s itinerary, we hustled onto our 16 seat minivan and headed out into the bustling streets of New Delhi. It was only about 10 am when we left our hotel, which is located in the quaint Green Park colony, but the traffic was already thick. Cars, buses, rikshahs, bicycles, motorcycles, humans and animals were all fighting for a place on the road and the constant melody of car horns were unavoidable no matter where we turned.

Twenty-five minutes later when we arrived at Qutab Minar, we were surprised to see ticket prices plastered that varied based on whether you were a local or a foreigner. The difference in ticket prices was anything but subtle-- 30 rupees for Indian locals and 500 rupees for foreigners.  After we purchased our tickets, we followed signs into the Qutab Complex which had separate lines for females and males. This was just one of many reminders of the importance placed on gender and the separation of gender in many spaces within Indian society. Once we passed the gated entrance of the monument, we were immediately blown away by the manicured landscape of the complex and the towering beauty of the Qutab Minar. The Qutab Minar, at 73 metres, is the tallest brick minaret in the world and second highest minar in India, after Fateh Burj in Punjab, India.

The Qutab Complex is located in what was once known as Lalkot, the first city among the seven legendary cities of Delhi. It was constructed in the 11th century and was the center of power during the 11th to 13th century A.D. Many rulers had come and gone, constructing other cities that had been abandoned or destroyed, such as Siri, Jahanpanah and Firozabad, but Qutb Complex never lost its importance throughout the 664 years of Muslim Rule in India. It was in Qutab Complex that Qutbu’D-din-aibak, Iltutmish and Balban, who were mere slaves were able to rise to the highest position of the sultans of the country and were Razia Sultana, the daughter of Iltutmish reigned.

I was surprised to learn that the slave trade had occurred between East Africa and India around the same time as the Pan-American slave trade (Indian Express, pg 5) but even more surprised to learn about the difference in their purpose and treatment. The slaves in India were originally from Ethiopia, but were known as Habshis or Siddis (a term derived from the North African term used to show respect). They were used as “elite military slaves, who served purely political tasks for their owners” (pg 5). The Siddi or Habshis even rose to hold prominent positions of power in Indian society and politics and even developed their own kingdom in Janjira with their own cavalry, coat of arms and currency (pgs 7-8). I had never imagined slaves holding prominent positions of power in any society and I realize the fluidity in society, even among African slaves. This knowledge made me reevaluate my personal definition of a slave which I had always subconsciously associated to African slaves in the United States.

I was even more amazed to learn that a woman once ruled Delhi, as early as 1236 A.D. Razia Sultana, the daughter of Iltutmish, was the only female to ever rule Lalkot, defying the political, social and religious customs of the time. At a time when women were veiled and secluded to harems, Razia defied the status quo and existing gender norms once again, by putting down her iier veil (purdah) and appearing in public audience in male dress. To me, Razia’s home city of Lalkot, represents the defiance of social norms and the emancipation of women and their empowerment. As we left the Qutab Minar, I could not help but leave feeling a sense of pride and inspiration, knowing that hundreds of years previously a woman, who was the daughter of a former slave, once ruled the earth I was walking on at this moment... 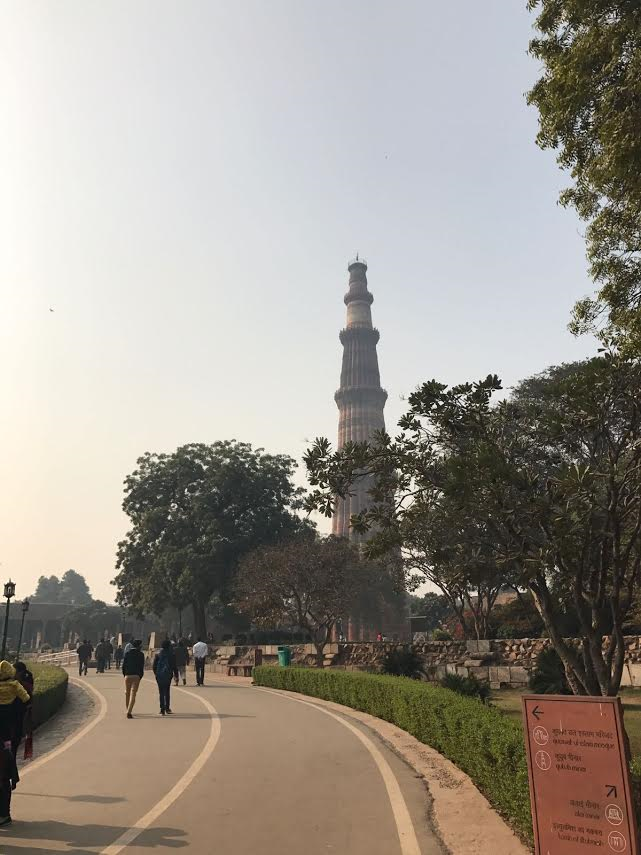 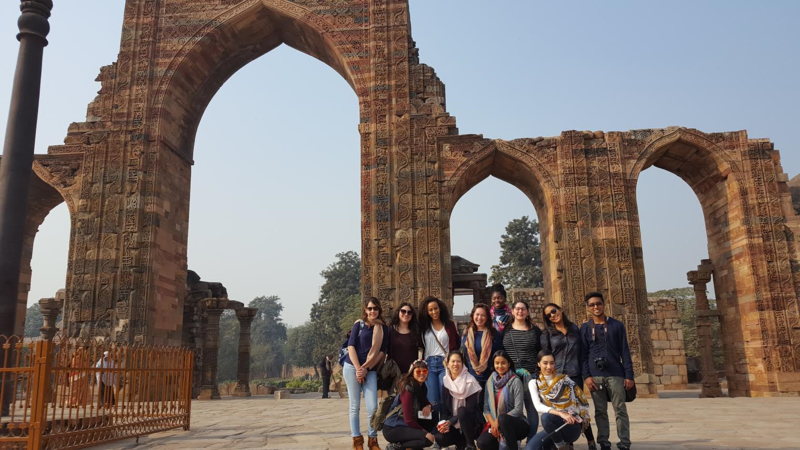