This blog is authored by Study Abroad in India student Jeniffer Morron who is studying for her master's degree in Early Childhood Education at the City College of New York. She has an associates degree in Liberal Arts, a bachelor's degree in Journalism and is currently a head universal prekindergarten teacher at Noahs Ark Preparatory School ll in Queens, NY.

"This is our last visit guys!" Professor Gupta announced. A bittersweet feeling rose up and was reflected in almost all of our faces. Our last class was a site visitation to Cambridge Primary School located in New Friends Colony. Once arrived, you can see tall dark green trees, colorful plants kissing around each corner of the beautifully structured campus. The Cambridge School is a private, co-educational, English-speaking school. Their youngest students start in the Nursery class and children stay till the fifth grade. A large rectangular room with green tables and blue chairs surrounded by cabinets filled with various books was known as the school's library. Within that large and clean library, there were over 20 different genres all separated neatly in cabinets. Some genres included: give one take one (that means keep it or bring it back and take another one) Fairy tales, Chapter books, Wit and Wisdom as well as books separated by difficulty among children.

A few minutes after our arrival, children neatly dressed in dark blue uniforms walked in a straight line. Seven rows of six children took off their shoes and placed them neatly next to them along with their lanyard which held their picture ID's on one side and the other side held three contacts that they may be released to. Row by row, children sat down in a squared off section of the library, behind one another, legs folded, hands tucked on lap. The English teacher began her storytelling class by first asking the children, "Are u comfortable?" "Yes ma'am", they all replied in sync. Then she started to ask the children questions prior about the context of China. It was incredible to see how the children finished her sentences. She used so many physical gestures and was so animated!

After the story telling the class, we were able to have our first class ticket to go inside various classrooms. The children of a second-grade class were the ones who impacted me the most. Once a few of us walked in, the students stood up and the teacher told them to greet us and to make space for us to sit down. A few students near the back of the social studies classroom said, "Sit here ma'am!" I quickly moved to sit near the group of students, two girls and two boys. One of the student's book bag was in the way and once she saw me move it the young girl said, "I will do it, ma'am". I found this gesture not only respectful but also a sign of hospitality.

After our amazing observation within the classroom, we were able to interact with the teachers as well as the students in the grass field outside. The teachers looked so happy to be there, that was one of the many things that I noticed. They were dedicated, happy and invested within their teaching despite having 40 children in each classroom.

In the reading on Sri Aurobindo, there are three principles he states that are "true education":
1 )Nothing can be taught.
2) The mind has to be consulted in its own growth.
3) If anything has to be brought in from outside, it must be offered, not forced on the mind.

The teachers in this school, as well as the other schools we have visited, were the true examples of these principles. The teachers gave room for suggestions to the children rather than imposing on their work. The teachers in various grades were showing children how to acquire knowledge for themselves. Second, the teachers weren't hammering the children into becoming advanced robots. The children were seen to be comfortable to learn at their pace. Thirdly, the children were thinking about ideas on their own. Nothing was forced, their ideas were naturally developed as were their everyday skills.

Diversity of deities in a Hindu Temple

We moved on later that night to visit a temple called Shiv Mandir. We took off our shoes and walked inside to view the various Gods and Goddesses. Although the temple was dedicated to the Hindu God Shiva, there were many other Hindu gods and goddesses housed in the temple as well. Among these colorful and detailed statues were:
* Brahma, the Creator
* Vishnu, the Preserver
* Shiva, the Destroyer
* Ganapati, the Remover of Obstacles
* Avatars of Vishnu (Ram and Krishna)
* Saraswati, the Goddess of Wisdom and Learning
* Durga Devi, the Goddess of strength

Diversity of foods in an Indian Vegetarian Restaurant

After that memorable and spiritual experience, we went directly to Evergreen restaurant to have our last dinner as a whole class. Various foods were available to try from northern, southern and central Indian states such as Punjab, Haryana, UP, Tamil Nadu, Andhra Pradesh, Maharashtra, Madhya Pradesh. Some of the foods we tried were:

This was our last class here in New Delhi, and we all realized that we had been inspired by so much that affected us each individually. Mahatma Gandhi says, “be the change you want to see in this world." India inspired all of us to be free, be comfortable and best of all be happy. 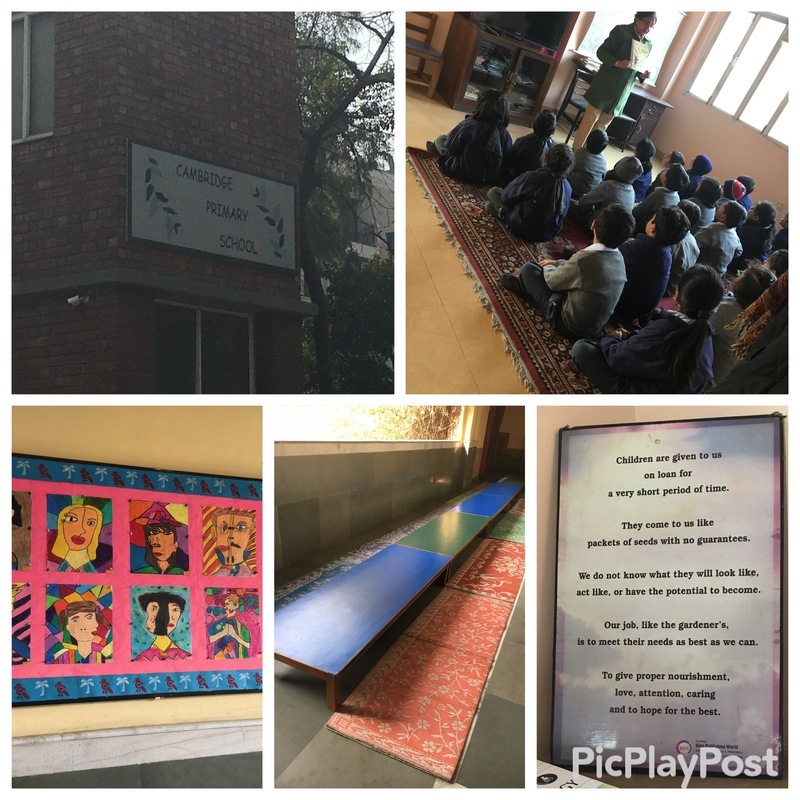