This blog is authored by Study Abroad in India student Michael Daiowraj who is currently an undergraduate student at the City College of New York. He is studying for a Bachelor’s in Electrical Engineering. 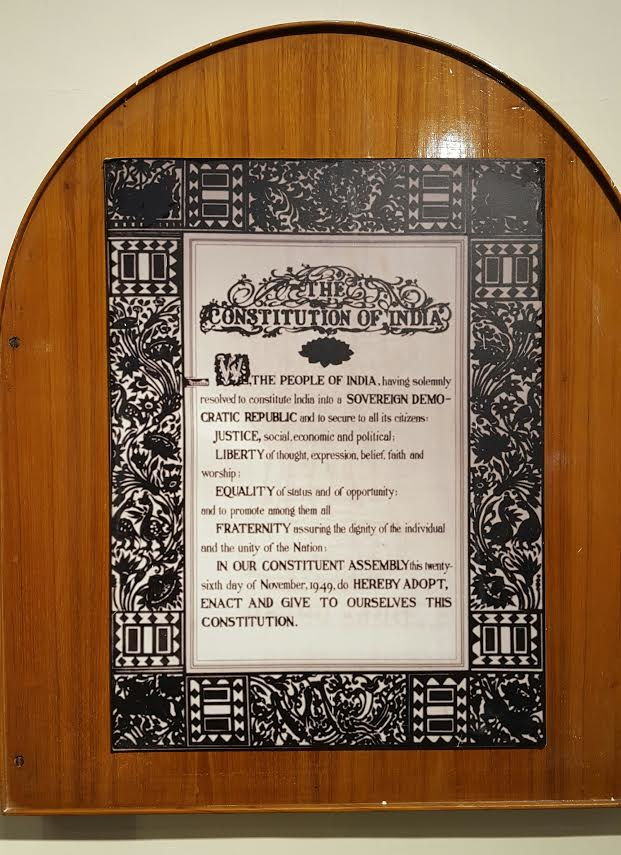 The fourth day of our Study Abroad class in New Delhi, India was spent exploring the history of the Indian Judiciary, and receiving an insight into the construction and enactment of education legislation. Our day started off at 9:50 AM and we made our way through the dense New Delhi traffic, our destination being the pinnacle of the Indian Judiciary system, the Supreme Court. After several minutes of searching for the correct gate, we finally arrived at our destination. One could immediately notice the rifle carrying guards sitting directly behind the gate. We were ushered into a security checkpoint, with separate lines for men and women. Surprisingly, this is the second time we have encountered separation of genders in India. Unfortunately, we were not able to go into the main complex of the Supreme Court because the new Chief Justice of India was being sworn in that same morning. We were led into the Museum - a small circular room which presented the history of the Indian Judicial system in a consecutive order.

The Judiciary system in India can be traced back to more than 3,500 years. The administration of justice was first communicated by word of mouth and passed from one generation to the other, called Sruti. Recorded texts on policy, law and governance can be traced back to the Arthashastra, written by Kautilya in about 300 BC. After gaining Independence in 1947, the constitution of free India was drafted by Dr. Bhimrao Ramoji Ambedkar and later enacted in 1950. With the formation of the three branches of government, the Supreme Court became the cornerstone of the Judiciary branch. At the head of the Supreme Court lies the Chief Justice. We later found out that each justice in the Supreme Court hears over eighty cases a day and cases can be dismissed with just one word. Upon leaving the Supreme Court, I was interested in hearing the motto of the court, “Yato Dharma Tato Jaya,” which says that “where there is justice, there is victory.” These words truly describe the Supreme Court’s purpose in maintaining order through the enactment and enforcement of laws.

After leaving the Supreme Court, we found ourselves at the National University of Educational Planning and Administration (NUEPA). While there, we were treated to a magnificent lunch, followed by a lecture presented by several members of the administration. The lecturers emphasized that the beliefs and way of thinking of policy makers directly influences legislation construction. Such beliefs justify the low allocations to education, the provision of non - formal education to children, and the enactment of education policies that don’t interfere with child labor. Also discussed were the inequalities that plague the Indian Education system. While the differences in gender enrollment in schools are on a decline, social and regional inequalities continue to persist. This really made me think about how this affects autonomous schools. In the rush to preserve their reputation and social status, people make the rush to find the best private education for their child. As such, government schools would be considered as last resort, reducing the number of enrolled children in said schools. Among the topics discussed, I was surprised to learn that even though the Indian constitution and the RTE guarantees that the state shall provide free education, there are several children that appear to lack said education. The lecturers further explained the RTE act and the fact that it does not currently extend to children younger than 6 years, potentially causing those children to resort to begging on the streets. Leaving NUEPA, I can’t help but think about the current legislation in place for education, and what the future holds in order to improve said legislation.