This blog is authored by Study Abroad India student Aminata Diop who is a Ph.D candidate at the CUNY Graduate Center in New York City. She is also the Executive Assistant to the Dean of Education at City College. This is her first time visiting India. 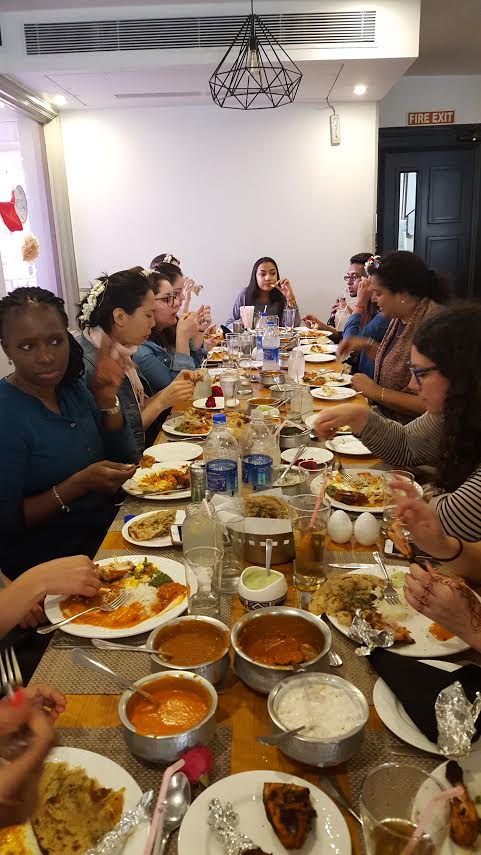 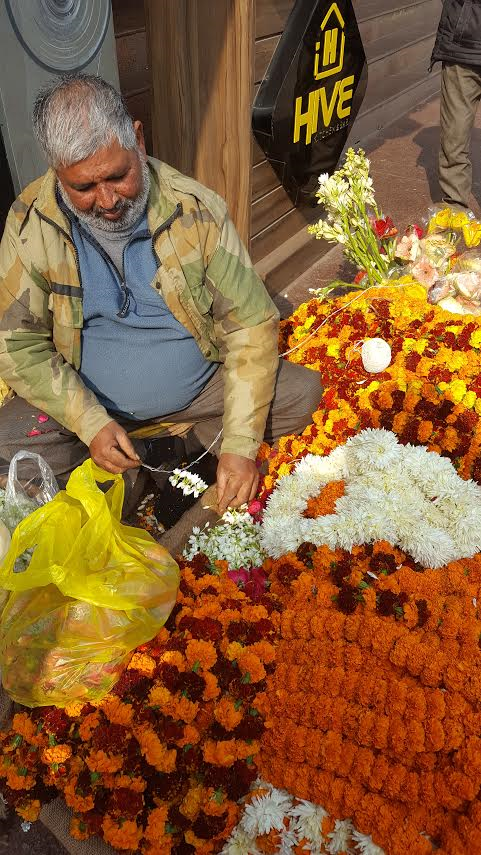 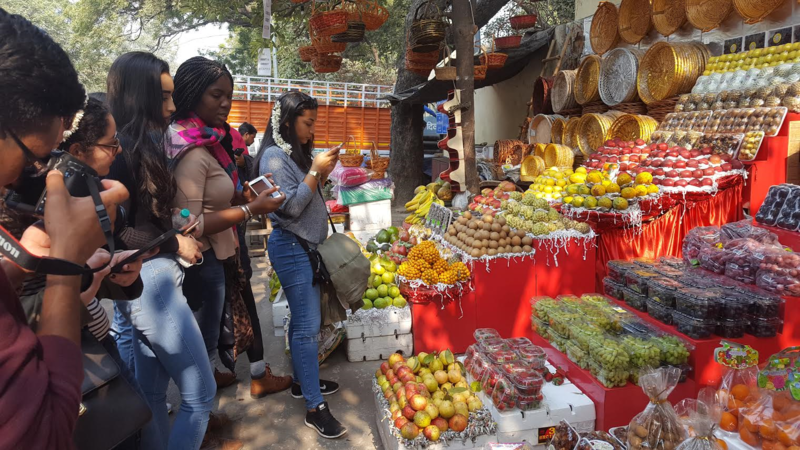 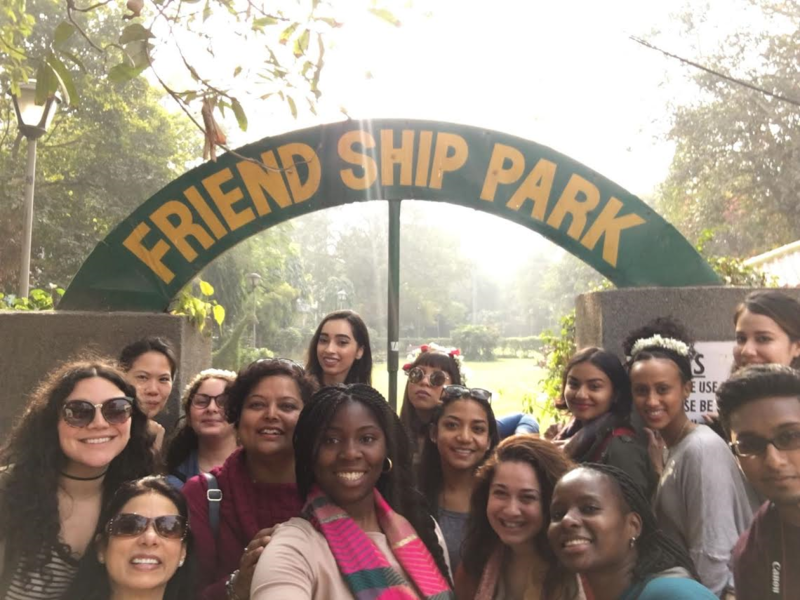 January 1st 2017 was the first day of our winter class in New Delhi, India. The morning started with breakfast at the Southgate Hotel followed by a quick meeting in the lobby where Professor Gupta gave us a general overview of the history of India and the history of education in India. Discussing the power of spirituality in India, we could confirm its significance by just looking around the lobby of the hotel. On the far left corner right next to the newspaper stand was a framed picture of the goddess Jagad Dhatri (also called Sherawali) riding a tiger. She is a powerful figure in Hindu religion and spirituality and symbolizes the feminine creative power of the universe. Next to that were brass idols of Krishna and Ganesha, two popular Hindu gods. As we wrapped up the conversation about the history of India, we set off on a walking tour to explore the "colony" as neighborhoods are referred to.

As we walked we saw a man in his 60s ironing clothes by the roadside, on a makeshift table, and placing them in a pile on a red mailbox next to him. This iron was filled with hot coals, far different from the electric irons we are used to in the U.S., but seemed to iron just perfectly. In the absence of sidewalks we walked on the roadside in a single line, one behind the other, to maneuver incoming traffic. We passed different types of stores (e.g., Fortis Health world, Chitrumai Jewels, Café Coffee Day, beauty salons next to each other, couple of spas, electronic stores, many fruit and vegetable vendors, etc.). As we walked the local people frequently stared at us, while a couple of beggars aggressively asked us for money. A number of street dogs lay around sleeping in the sun. Further on, we saw an old man seated on the ground surrounded by his baskets of orange, red, white, and yellow fragrant flowers - jasmine, marigolds, and roses. In a very calm and smiley way, he threaded different flowers into short chains called gajaras intended to be worn by women in their hair. Not too far away from the flower man were a couple of familiar western fast food chain stores: a Pizza Hut and a Dunkin Donut. We saw a large number of autorikshaws (also called scooters in Delhi) - green and yellow three-wheeled vehicles for local transportation. The rickshaw drivers stop wherever they see people on the streets and honk to get their attention looking for passengers. As we circled through a very quiet residential street, we saw a broom-seller wheeling a bicycle loaded various kinds of colorful brooms,as well as a vegetable seller wheeling his cart full of fresh vegetables. I learned later that small merchants such as these contributed to a very high percentage of the national economy.

In light of the current state of demonetization in India, as the deactivation of certain currency bills have sent the cash flow in India into quite a downward spiral, I wonder the impact on small business vendors such as the garland seller, the ironing man, the broom seller….no doubt their income will be deeply affected. In this current cash crunch situation no doubt these vendors are more likely to see their sales plummet resulting in less revenue, which can affect them financially as they work so hard to survive and take care of their families.

This thought stuck with me later as we ate one of the best Indian cuisines I had in my life, but then again what else should one expect when in India?