This blog is authored by Study Abroad India student Erica Sabino who is a graduate student at the City College of New York College. She is pursuing a master’s degree in Early Childhood Education. Currently she is working as a head teacher at a preschool named “Footsteps”. Her future goal is to get certified and work as a first grade or Kindergarten teacher.

Our third class session was about a brief background of the educational philosophies of Tagore and Krishnamurti who saw education beyond just textbooks and traditional class teacher directed approach.

The main focus of this discussion was Tagore, who believed in a more practical manner of teaching, and a more profound connection with the student, teacher and environment. Tagore believed that there needed to be a deeper connection between the student and the teacher in order to enhance students' potentials. He also believed that students, rather than focusing on competing with others, should be competing with themselves and that is what educating the mind and the heart is about. Tagore says, “But when u remove that, then you compete with yourself, you strive for excellence at the level of your own potential, not someone else’s (Mukherjee, 2016, p. 9). And that is how you connect yourself with spirituality. Spirituality is about the self. Not the religion like many people think of. Religion is just the head, spirituality is the heart (finding your true self).

Therefore , in the classroom spirituality is about that connection between the teacher and the student, creating a deeper bond, beyond textbooks can offer. It should be focusing on the student's ability and then preparing the child to be ready to learn new materials and be able to be successful. It is about nurturing creativity and critical thinking (Mukherjee, p. 8). As philosopher Krishnamurti which was also part of the discussion for today, “Education is not just to pass examinations, take a degree and a job, get married and settle down, but also to be able to listen to the birds, to see the sky, to see the extraordinary beauty of a tree….and to feel them, to be really directly in touch with them” (Mukherjee, p. 14). This is the self-spirituality connection within the classroom context.

Later that day we visited the Ba’hai Lotus Temple. As I walked through the valley of the temple I noticed how spirituality plays out in New Delhi. It is all about respecting the self and others and connecting all together in unity no matter from what belief and religion they come from. As we were about to go inside the temple as a signal of respect they told us to remove our shoes and to turn off our devices. Once we were inside the temple everyone remained silent. It was interesting to see the level of of reverence once people were inside the temple. Everyone sitting down praying even the children were silent. All religions were accepted inside that temple. In the Ba'hai faith people were seen as members of the human and as beautiful flowers growing in the garden of humanity.

Spirituality is about the deeper connection with the self and it is surrounding (people, Gods, natural environment). It is about creating a connection first with yourself - your inner world - and then with the outer world. It is a connection with the soul and how you as a teacher, student, children, adults create those relationships that creates the sense of spirituality within us. Humanity - this is what today’s lesson focus about. Rather than just focusing on materials physical things; textbooks and religion, focus on the deeper meaning of everything. Spirituality is within, education is within.  And that was today lesson. 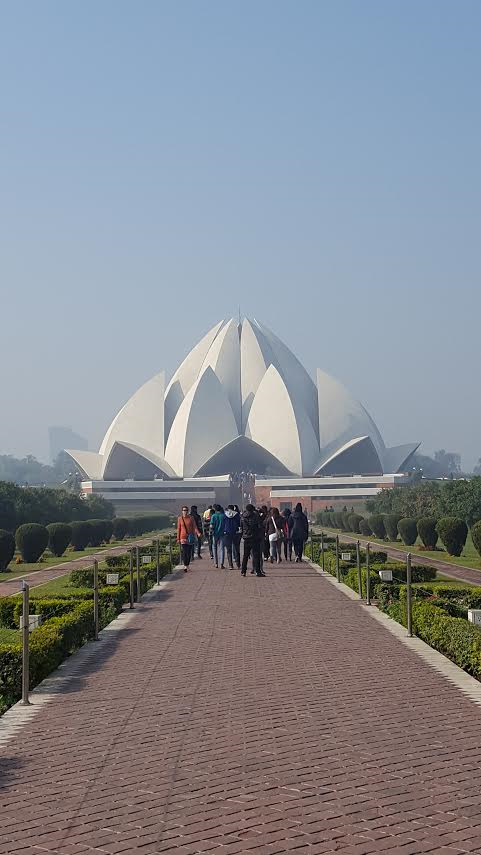